I’m definitely a little late to the nursery party.  It was last on the list after we moved to Houston.  Then every time I thought about getting Journee’s room together, life happened.  So here we are at 5 months and we’re finally tackling it.  Luckily it hasn’t really mattered.  Journee has been sleeping in her bassinet in our room, and I wouldn’t have had it any other way.  I’m just now coming around to the idea of her not being next to me 😦

So let me share some of the deals I’ve found so far with you guys (and please let me know if you have any as well!).

First up was the crib.  I don’t know if you guys ever check out Facebook Marketplace, but you can find some great deals on there!  I was able to snag this Jenny Lind crib from a local mom for $40! I’m so happy with it. The fitted sheet is actually from Pottery Barn Kids, but I found it on Ebay for $10! It was in the original packaging, unopened. Can’t beat that!

Next, I purchased this 6 drawer dresser on sale from Walmart for $99. I was concerned about the quality, but it turned out to be pretty sturdy!

Lastly were these pom pom curtains. I originally saw these at Target for $50, but I found a cheaper alternative. I bought some white blackout curtains from Walmart and then I sewed on some pom pom garland from Hobby Lobby. The garland happened to be on clearance so all in all I spent around $25 instead of $50. 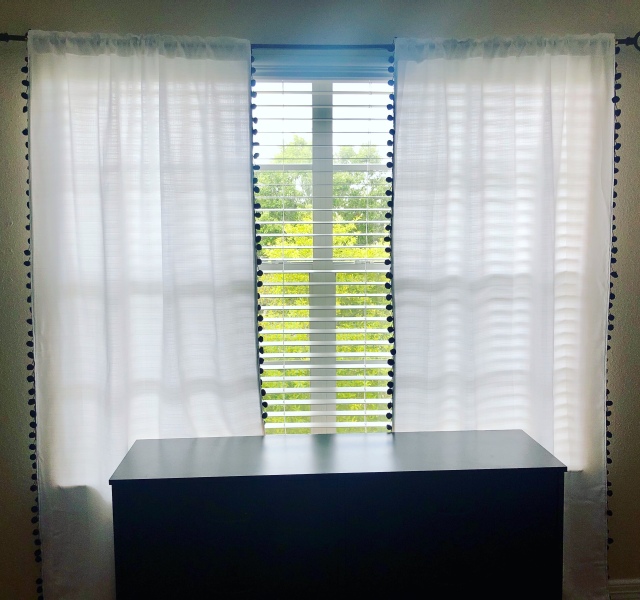 Not too bad huh? Next on the list is a black and white rug. I will say, I’m not having a lot of luck when it comes to deals on rugs. So I still have some researching to do! I’ll be back soon with an update!

Let me know if you guys have any nursery deal ideas!

After some digging, I finally managed to find a decently priced rug from Overstock.  They’re having a great deal on rugs! I went with this black/ivory striped rug for $120.  It’s 6×9 and I absolutely love it.  Click below to check it out! 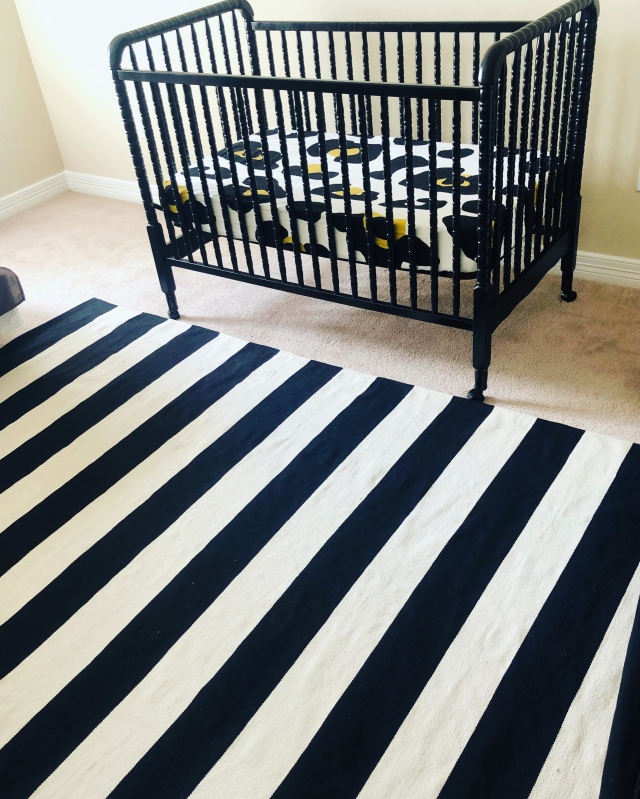